Exploring the History of Black Music

In honor of Black Music Month, Music Forward presented a Blues SchoolHouse livestream from House of Blues Boston powered by Music Drives Us. The Blues SchoolHouse band took over 2,500 Boston-area teachers and students on a musical journey to trace the history and impact of the blues. Blues SchoolHouse serves as a music timeline of American history and honors the incredible contributions of Black artists on American music and culture.  Blues music has given people a voice to tell stories, preserve traditions and express feelings about everyday life and it goes without saying that blues music has influenced much of the music that we all enjoy today. We’re proud to tell the story of the blues and highlight the role that music plays in reflecting the human condition and driving social change. 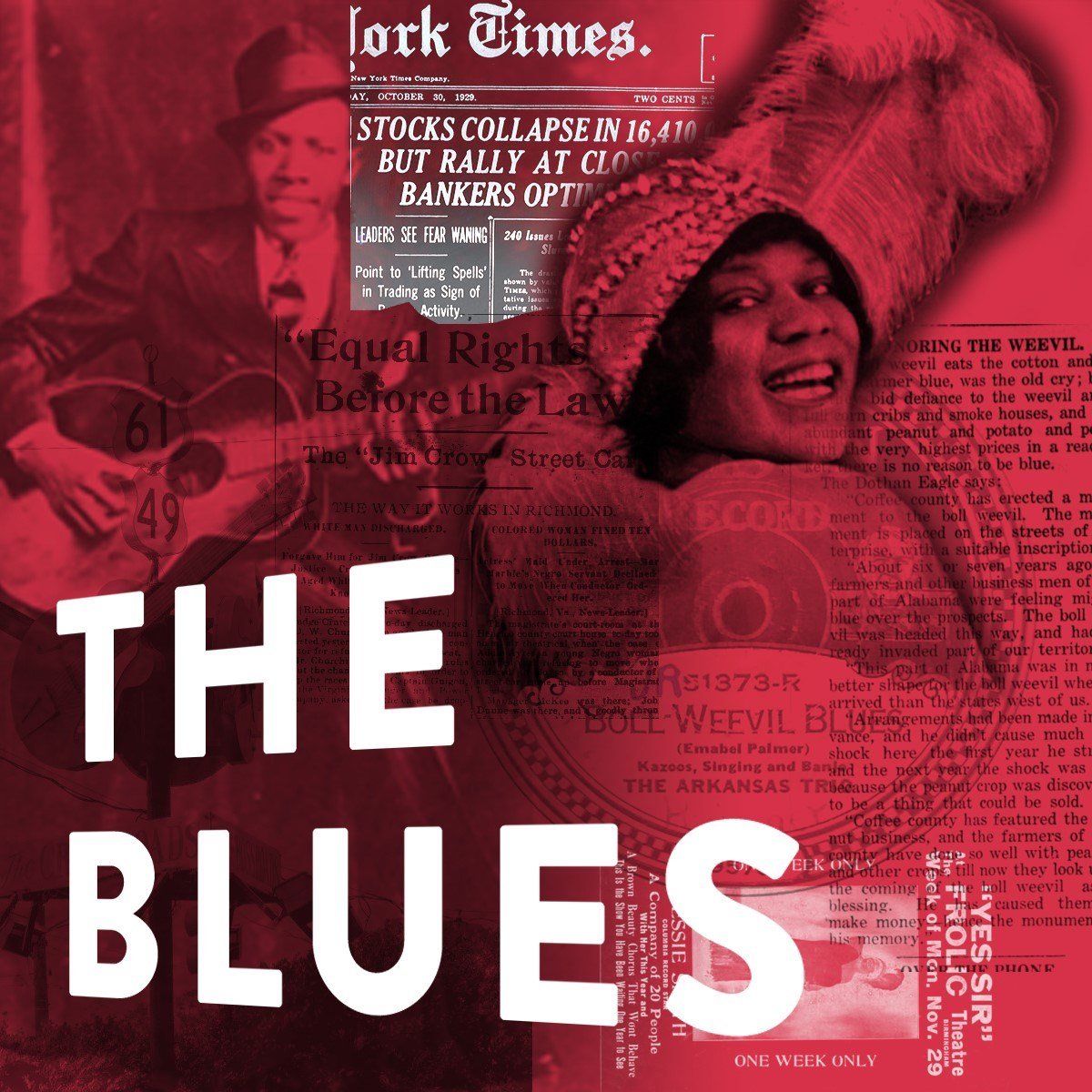 The influence of Black artists and musicians is present throughout all aspects of American culture.  In honor of Black Music Month, we embarked on a journey to explore how Black music impacted not only key moments in history, but also the artists and songs that we listen to today borrowing from the teachings of our Blues SchoolHouse program.

You can’t enjoy the Rhythm and ignore The Blues. Our legacy is rooted in the blues. The music we all enjoy today is rooted in the blues. Blues was born out of the oppression, struggle, hope, and resistance experienced by African Americans in the late 1800s. Pioneers of the blues included artists Robert Johnson, whose influence is heard in many of today’s legendary guitarists; and Bessie Smith, the Empress of the Blues, who boldly sang classic blues and established roots for the forthright expressions of womanhood in music. As the blues-man Willie Dixon said, “The blues are the roots and the other musics are the fruits.”

BRING ON THE RHYTHM. 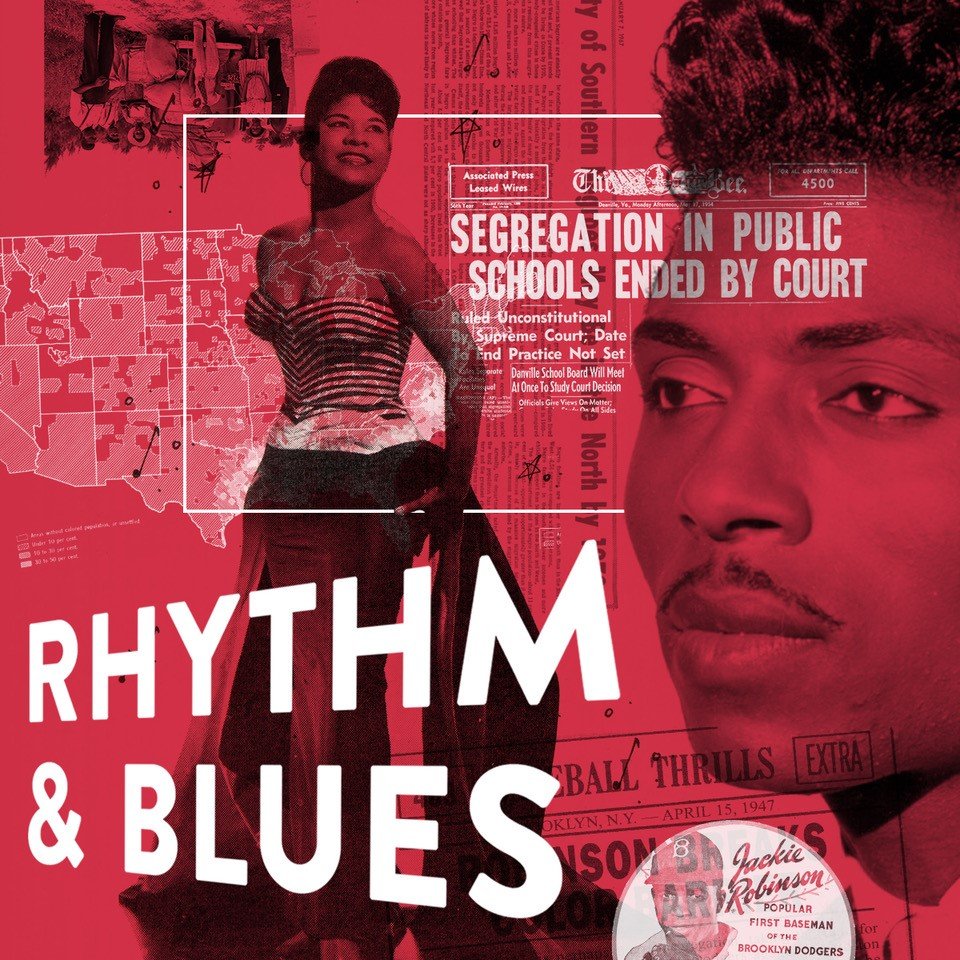 Rhythm and blues was the soundtrack to an important time in America’s evolution. The emergence of R&B traces back to African- Americans moving from the rural south to cities between 1916-1960. Black music started to reflect urban environments through amplified sounds, social concerns, and cultural pride expressed through music. It combined blues, jazz, boogie-woogie and gospel taking the form of fast paced dance music with highly energized guitar work appealing to young audiences across racial divides. Key figures of the time included Ruth Brown, also known as the Queen of R&B, whose signature high-note “squeak” was later emulated by Little Richard. By the end of the 1950s, R&B laid the foundation for rock ‘n’ roll. The genre names were simply designations used by the commercial music industry to describe how the music was marketed to black vs white audiences. Social and cultural changes were occurring that set the stage for the coalescence of civil rights activism and its influence on music as the ultimate expression of a belief in American freedom.

A CHANGE IS GONNA COME. 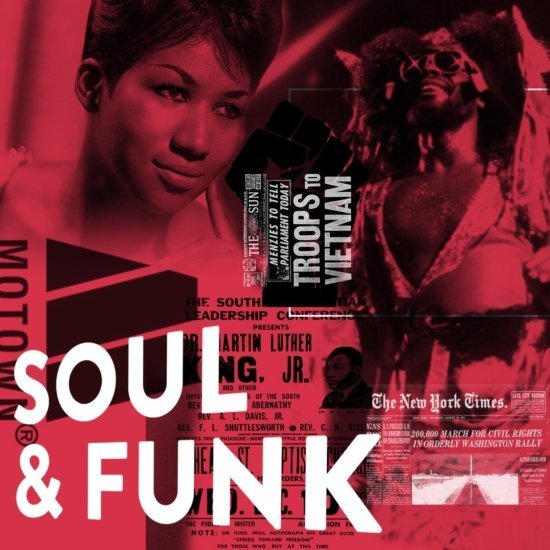 The 1960s was a time of great turbulence and change. The Civil Rights Act and the Voting Rights Act were passed during the 1960s and there was an emphasized pride in Black heritage. With the assassination of Martin Luther King Jr, major uprisings, and the Vietnam War, music reflected the country’s anxiety around social and political issues that were raging across the nation. Soul combined elements of blues and gospel with a driving bass line and percussive energy. The undeniable Queen of Soul, Aretha Franklin, took soul to a new level and inspired generations of singers who came after her. In addition to being one of the best-selling artists of all time, she was deeply involved in the Civil Rights Movement and her voice helped the nation through troubling times. Music continued to evolve through the 1960s and funk originated with James Brown’s development of a signature groove that emphasized the downbeat and focused on the strong rhythmic groove of the bassline. George Clinton and his Parliament-Funkadelic collective developed an influential and eclectic form of funk in the 70s that drew on science fiction, outlandish fashion, and psychedelia. Along with James Brown and Sly Stone, Clinton is known as one of the foremost innovators of funk music and was inducted into the Rock and Roll Hall of Fame in 1997 and in 2019 received the Grammy Lifetime Achievement Award. We recognize that Black musicians offer snapshots of the times and soul and funk captured defining moments of American society and the energy and hopefulness of that era.

In the 21st century Blues music continues to evolve and inform the sound of modern music.

The Blues has become the basis for nearly every form of American popular music over the past 100 years: jazz, R&B, rock, and hip-hop.

THESE ARE THE BREAKS.

In the late 70s and early 80s, young African Americans living in New York were developing another new sound that combined elements of Caribbean musical techniques with the blues, R&B, soul, jazz and funk. It used turntables and mixing board sets and took them to the streets for block parties and street jams. The new sound became known as rap and hip hop. Early rap was for the most part related to dancing and parties. As a new school of rappers like Run DMC, Grandmaster Flash, and many others began to experiment with technology; introducing the use of drum machines, synthesizers and samplers, there also began to be a shift in the message in rap music.  By the mid-1980s, not unlike the original Blues born out of everyday struggle, many rappers were focusing on the harsh realities of life in the inner cities.

Out of this musical movement, street or hip-hop fashion was also birthed.  It included a mix of athletic wear made up of brands like Adidas, Puma and Kangal. which later paved the way for brands from rapper-turned-designers like Sean John launched by Sean “P-Diddy” Combs in 1998 and Rocawear which launched a year later by Jay Z.

At the same time, Black culture was being defined by momentous points in modern-day history that included the Parental Advisory Warning label implementation by the Recording Industry Association of America (RIAA) in 1985, the 1992 Los Angeles uprising, and 9/11–a date in American history that also marked the release date of Jay Z’s influential album, The Blueprint.

Fast-forward to present day where the influences and samplings trace back not only to the 80s, 90s, and 2000s, but continue to draw from the early days of the Blues, and R&B as we hear in the music of Alicia Keys, Kendrick Lamar, Lizzo, and many more. Music that is once again serving as the soundtrack to a revolutionary time in our country.

Our organization is committed to working today and every day to uproot systemic racism; to increase opportunity, access, knowledge, and resources for youth to follow their dreams and use their diverse perspectives and voices to change the world [...]
#Equity#original series

I’m Every Woman, It’s All in Me A Note from our Executive Director:  In March, amidst all the uncertainties in our lives, we continue to focus on a certainty and honor Women’s History Month, a [...]
#advocacy#Equity

“Good Trouble” on the Horizon

“When you see something that is not right, you must say something. You must do something. “  -- John Lewis Now is the time to be courageous,  to take responsibility and to take action. Much-needed [...]
#Equity

Inspired by Greatness: A Musical Tribute to Black History Month

In honor of Black History Month, we invited our Music Forward alumni to help us pay musical tribute to iconic Black artists who have inspired them on their musical journeys by performing a cover of [...]
Browse more Media
Donate
Get Involved
Events