We recently had the opportunity to catch-up with New York University rising senior, Derin Lawal who recently participated in a virtual apprenticeship with our partner Primary Wave. Learn more about his experience below.

I first heard of Music Forward from one of my friends, who previously received one of their scholarships. I applied for an internship with Music Forward and ended up receiving an email from them with an industry opportunity from their partner Primary Wave.

I hadn’t heard of Primary Wave before this, but I have had a budding interest in the music business. I really wanted to do an internship to explore what the industry looks like and this apprenticeship provided the opportunity for me to explore three different areas of the business within one internship and I thought it was super-unique so I decided to apply.

Music Forward helped me with my resume and with the application process. After submitting my resume and cover letter, I was invited by Primary Wave to participate in an interview with each of the department rotation leaders and the internship supervisor.

It was a really nice interview experience and I enjoyed meeting everyone. There was one moment during the interview that I thought I wasn’t going to get the role because there was a question they had to ask me three times as I didn’t really understand the question. However, I was transparent in my lack of understanding at that moment and after I was offered the role, my supervisor expressed that they actually really liked the way that I handled that situation.

As my apprenticeship got underway, I realized that Primary Wave wears a lot of hats for an artist. They have departments for management, licensing, digital marketing, and brand partnerships.  At first I did wonder how the apprenticeship would all flow virtually. However, I was able to connect and build relationships with teams across the country because we were virtual and I’m not sure I would’ve had that opportunity otherwise. 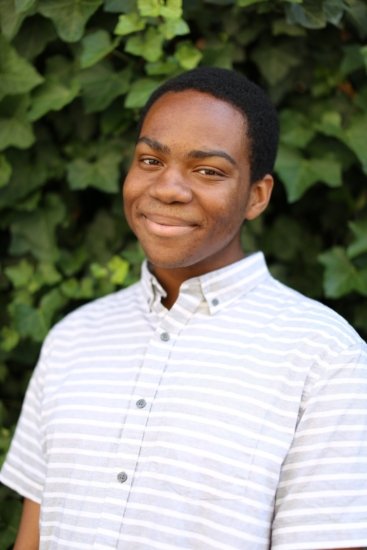 I did a lot of really cool things that I wasn’t expecting. I experienced three unique departments during my rotation – Marketing, Brand Partnerships, and Sync Licensing. In each department, I worked on some really cool things, like lookbooks for artists to align with brand partnerships. I also got to work on some more basic things like spreadsheets, which was great for acquiring more skills to better market myself for potential roles.

The hardest rotation for me was probably Marketing, because it required learning many new skills that I developed like using Photoshop, Premiere Pro, and After Effects. I’ve never had to use those in a role so comprehensively in a professional setting, so it was definitely interesting to have to learn those things as a task on my agenda. Even though it was the most challenging, it definitely was very conducive to me learning and growing. Also, it was just super-cool to create a post and then see it on a legendary artist’s feed!

During my Licensing rotation I had the opportunity to present pitches during the Friday Sync meetings. So, it was me sharing things like what songs in our catalog could be great to pitch for a commercial, a promo, for TV, a feature film, or a video game. It was great to play the song and to see everyone vibing on a Zoom call, getting into the headspace of where the song could fit.

My role was centered on me growing, learning, and observing in the industry and as a person. Within each department, and with each person that I was learning from I found that they each led in their own way and had different ways of giving feedback and direction. However, it was really cool to see those different styles because I realize you’re not always going to have the same type of supervisor in your career. Every single one of them was so great and answered all of my questions. I am really thankful for this opportunity with Primary Wave. It was definitely more than I even thought it was going to be, it was really cool!

In our weekly Artist Development workshops, we provide young artists access to learning resources, industry expert insights and tips to help the next generation of artists explore and amplify their voices. For our latest "Songwriting [...]
#front row

LaTisha Stephens is a recent graduate of California State University, Chico, and a past participant of our Office Hours Career Development Series which led to a fall internship with our organization, learn more about her [...]
#partnerships#press releases

Front Row: Back to Blues

Our legacy program, Blues SchoolHouse (BSH), is an interactive, live musical presentation that traces the history of the blues from its roots in African musical traditions through its emergence as an American musical form. Currently [...]
Browse more Media
Donate
Get Involved
Events